In Their Words | 76ers Continue Fight Against Racial Injustice

As the 76ers prepare to return to the court, basketball is far from the only thing on players' minds.

While fighting against widespread racial injustice during a pandemic, many members of the team have been hard at work balancing already-demanding careers with their work towards positive change.

As the Sixers get ready to play, players are reflecting on their roles in the movement.

Among the Sixers who have publicly discussed with media the fight for equality, there’s a common goal - keep the conversation going when basketball returns, and use their platforms to influence change. 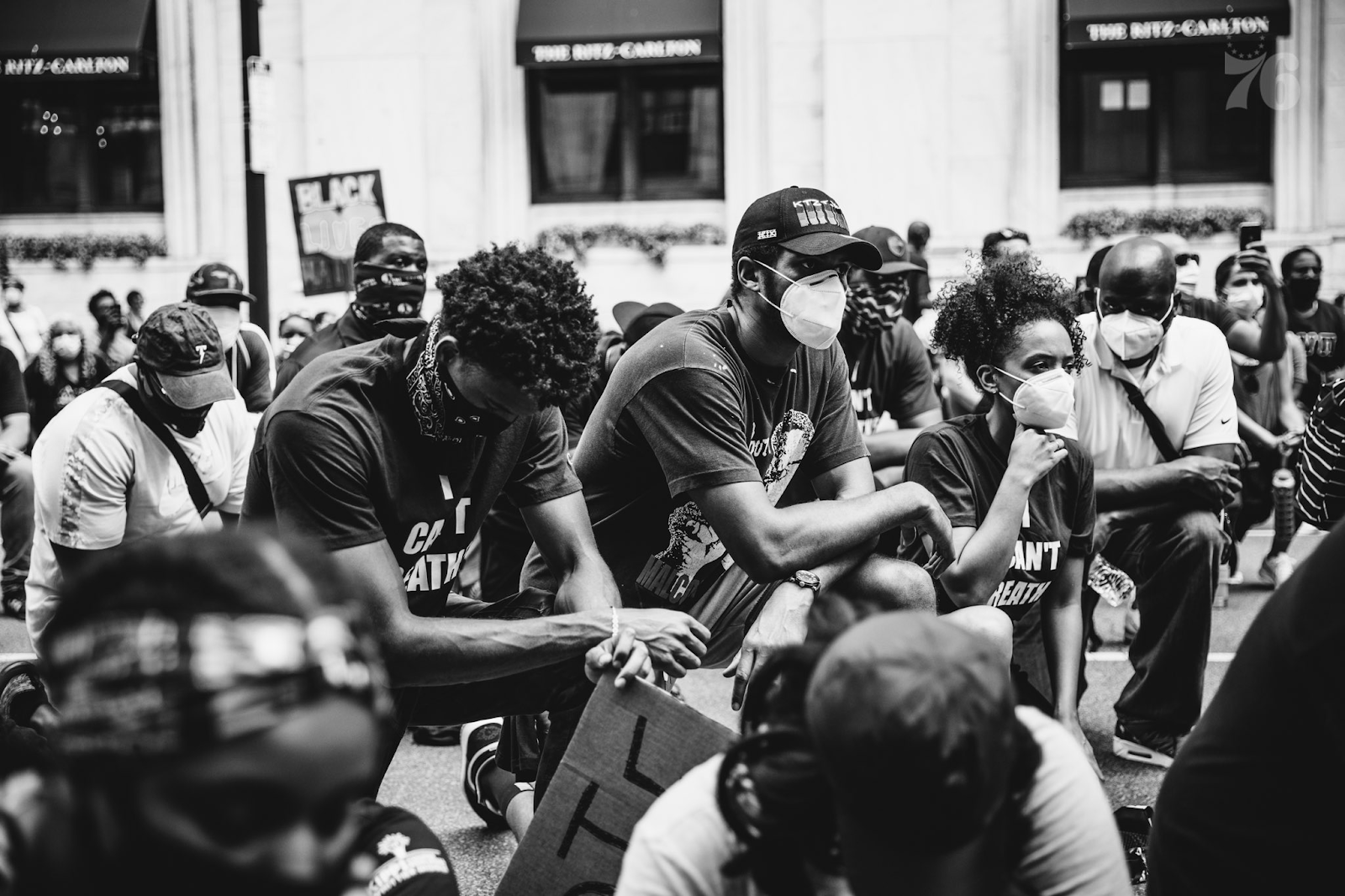 Josh Richardson made it clear that returning to play will not mean keeping quiet.

“It’s a no-brainer. It shouldn’t be masked or umbrellaed… because [racial injustice] has been happening for centuries, since America started - before America started. I think that we need to keep the focus on what’s important, and that’s the social climate right now, and the inequalities that have been happening for African Americans for so long - it needs to be spoken about. We’re going there to play basketball, we’re going to work. But at the same time, we’re all thinking of ways we can speak up, and help.”

Mike Scott also opened up about what the last few months have been like for him, in the wake of the murder of George Floyd and protests around the world that have ensued.

“[I’ve felt] a lot of anger, disappointment, questioning a lot of stuff - like what’s going on in this world? How can people be so evil? Mostly [feeling] just anger. Using my platform, for the most part, I’m more reserved, laid-back. I’m more of - let’s just do it. Instead of talking about it, let’s go out there and do it.”

During Ben Simmons’ media availability, he noted that the fight for equality is an international issue. He plans to do everything he can to promote justice back home.

“For me, seeing somebody like the incident with George Floyd, and so many other people, it’s not fair… I believe in equality. I think at the end of the day, everybody deserves the same opportunities. Hopefully we can do that for kids back home, for Australia. At the end of the day, that’s what everybody’s asking for - it’s equality.”

“I think it’s a great chance. The NBA is so widely viewed by everybody in the world… I think the league will help, I think the players will speak up, and I think it could be a great thing, for not just the league, but everything that’s going on outside the pandemic.”

Scott pointed to the meaningful dialogues taking place among teammates, and credited Tobias Harris for his leadership once again.

“[There’s] a lot of dialogue with teammates, with coaches. Especially with Tobias - he’s been keeping us together. We’ve been talking every day about what’s going on in the world. It’s just a lot of frustration. It’s just a terrible time, a crazy time right now.”

As Glenn Robinson III detailed, these conversations have been team-wide during the hiatus.

“Lately, on the Zoom calls [Brett Brown] keeps basketball to a minimum. He’ll go straight into everything that’s happening in the world now, and Black Lives Matter, and what we think about it. He wants to hear our opinion, and hear from his players, and you don’t get that a lot.”

The Sixers are matching their words with action. Robinson III is using his foundation, The ARI Foundation, amplify the message.

In June, Harris (after publishing a powerful essay in The Players Tribune) joined Matisse Thybulle and Elton Brand marching for equality in Philadelphia. Thybulle recently recounted the experience:

“There’s something special about seeing that many people in one place in support of one thing. It’s one thing to have a lot of voices on the internet, but it’s another thing for people to show up, and actually act it out. It says a lot [about] our city, and also the seriousness at which people are taking these issues.” 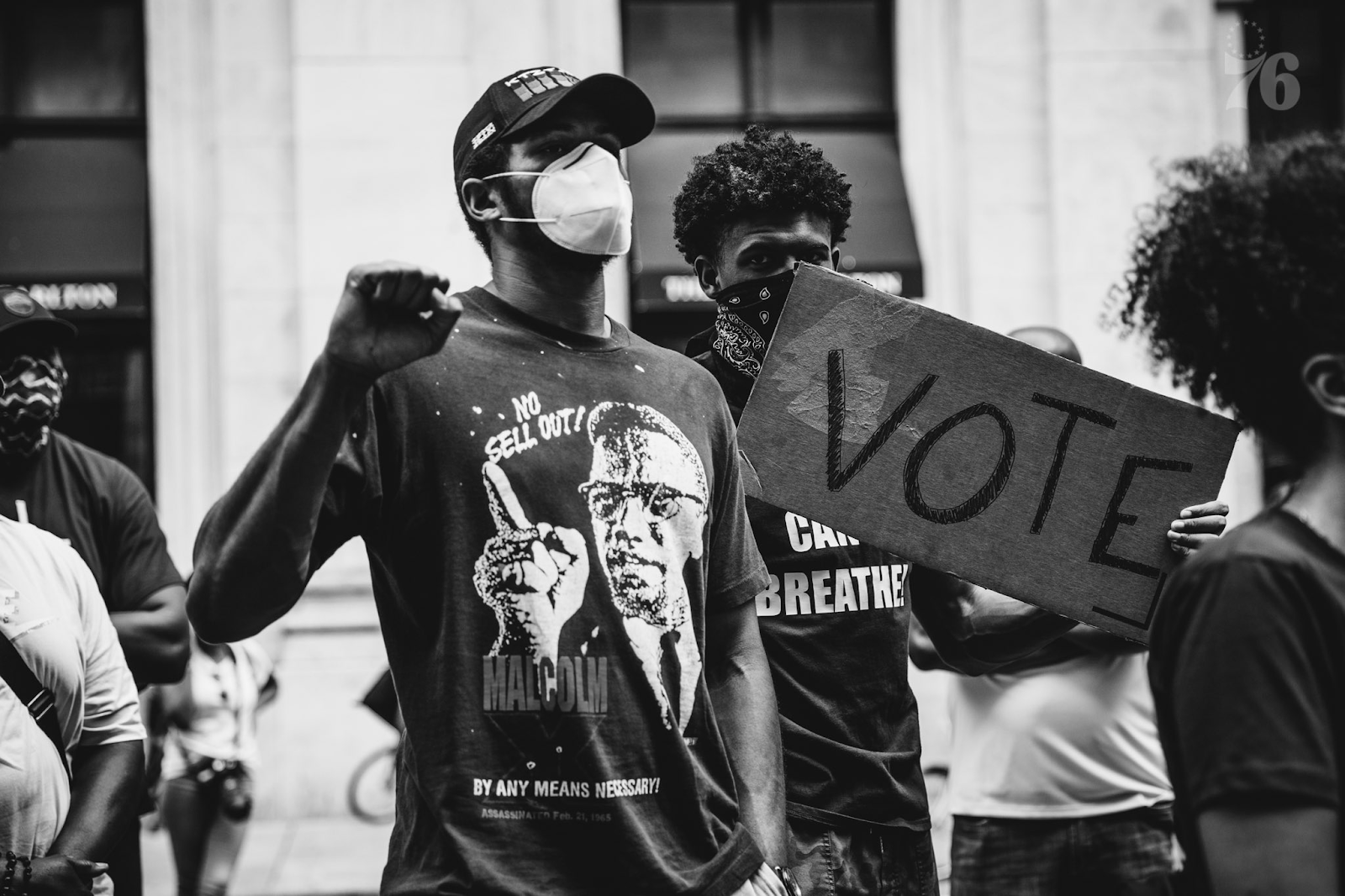 Thybulle described the meaningfulness of marching in the city he now calls home, alongside Harris, who’s become like a brother to him.

“For me, it's always been really important to back your words with actions. I think actions speak volumes. It helps to have a guy like Tobias as a big brother, and a teammate, and a friend who can be part of these things, and encourage me to do these types of things - and also to be in a city where the turnout and the passion behind this movement is so strong. If one kid sees me out there doing that, and it encourages them to support the movement, then my job is done. In my own personal life, I want to put myself in those situations, as opposed to just talking about them and retweeting them.”

It’s all about, all about coming -@tobias31 pic.twitter.com/P40hpoVG9j

Scott joined the march, which was held June 6, via FaceTime.

Richardson was proud to see his teammates taking a stand:

“It’s great being able to see Tisse, Tobias, E.B., and guys marching out there is awesome. There’s been protests everywhere. It’s important, the way things are going right now. Awareness is starting to rise, the cameras catching a lot of stuff being put out are raising a lot of awareness. That’s all you can ask for, for real: for them to step up and do that, and use their voices for that, I know it wasn’t easy... I’m excited to be able to use our platform in Orlando as another way to raise awareness, and to speak up, and say what needs to be said.”

The Sixers are scheduled to travel to Orlando on Thursday, where they’ll continue their season, and their fight. 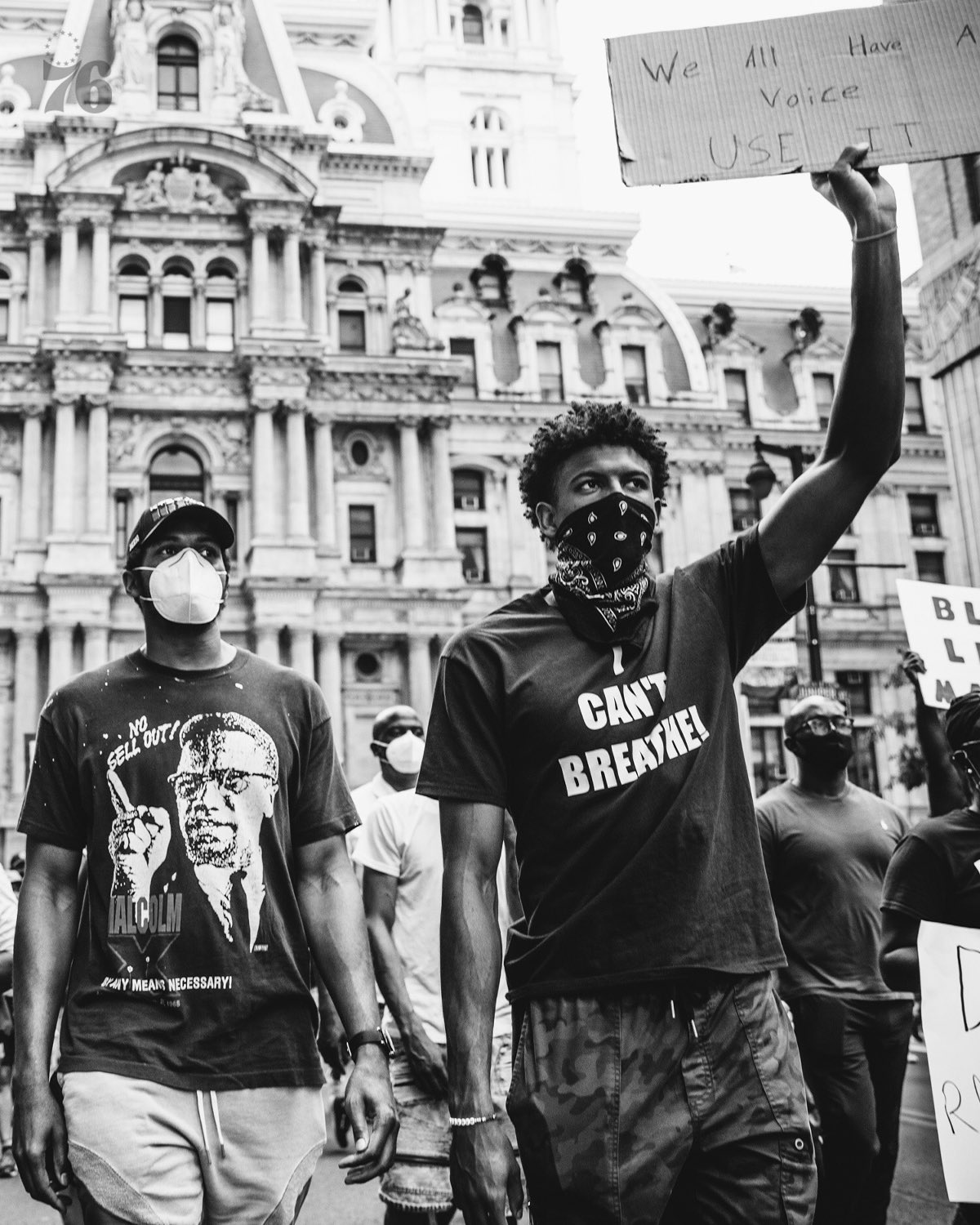