Milton's Biggest Fan, Near or Far

Shake Milton was building major momentum just before the NBA went on hiatus.

After fighting for a full-time roster spot in 2019, Milton beat the odds to secure a place in the 76ers’ rotation in early 2020. He scored 39 points against one of the league’s best in early March, only to have the season put on hold days later.

The pause brings him home to Oklahoma, where his story began - back under the roof of his biggest fan, his mom Lisa.

And as proud as Lisa was to see her eldest son rise to the occasion on the court this year, she’s even more proud of who he is off of it.

“I think he is being his best self. He’s not trying to be anyone else,” Lisa said.

From Shake’s earliest days as a hooper - taking names as the best four-year-old defender at the local YMCA - through his first two seasons as a Sixer, Lisa has brought steadfast support to every sideline.

Lisa describes her son as “goal-oriented, smart, caring. Someone who loves his family.”

In a recent interview with Sixers.com, Lisa showed she and Shake have some qualities in common.

Like her son, she exudes a kind, intelligent, easy-going energy.

Today, Lisa works as an accountant at an oil company in Oklahoma, where she’s worked since graduating college.

The eldest of her three children, meanwhile, was putting together a breakout season with the Sixers before the NBA season went on hiatus.

Shake calls Lisa “the strongest person that I know.”

But Lisa says Shake and Myron's similarities go beyond basketball.

“They can set a goal and they will stick with it… just a real strong work ethic.” Lisa said.

And when it came to Shake’s goals in basketball, the family was there to support him from the jump.

“Shake was probably ninth grade when his father was like, ‘Oh he’s way better than I was,’” Lisa recalls.

“Our summers typically revolved around sports,” Lisa said. “It was just who we were. It was just what we did. We enjoyed it. We enjoy watching our kids play, so it wasn’t a problem.”

Shake’s hard work led to a Division I opportunity at SMU, where he spent three seasons before being acquired by the Sixers in the 2018 NBA Draft. 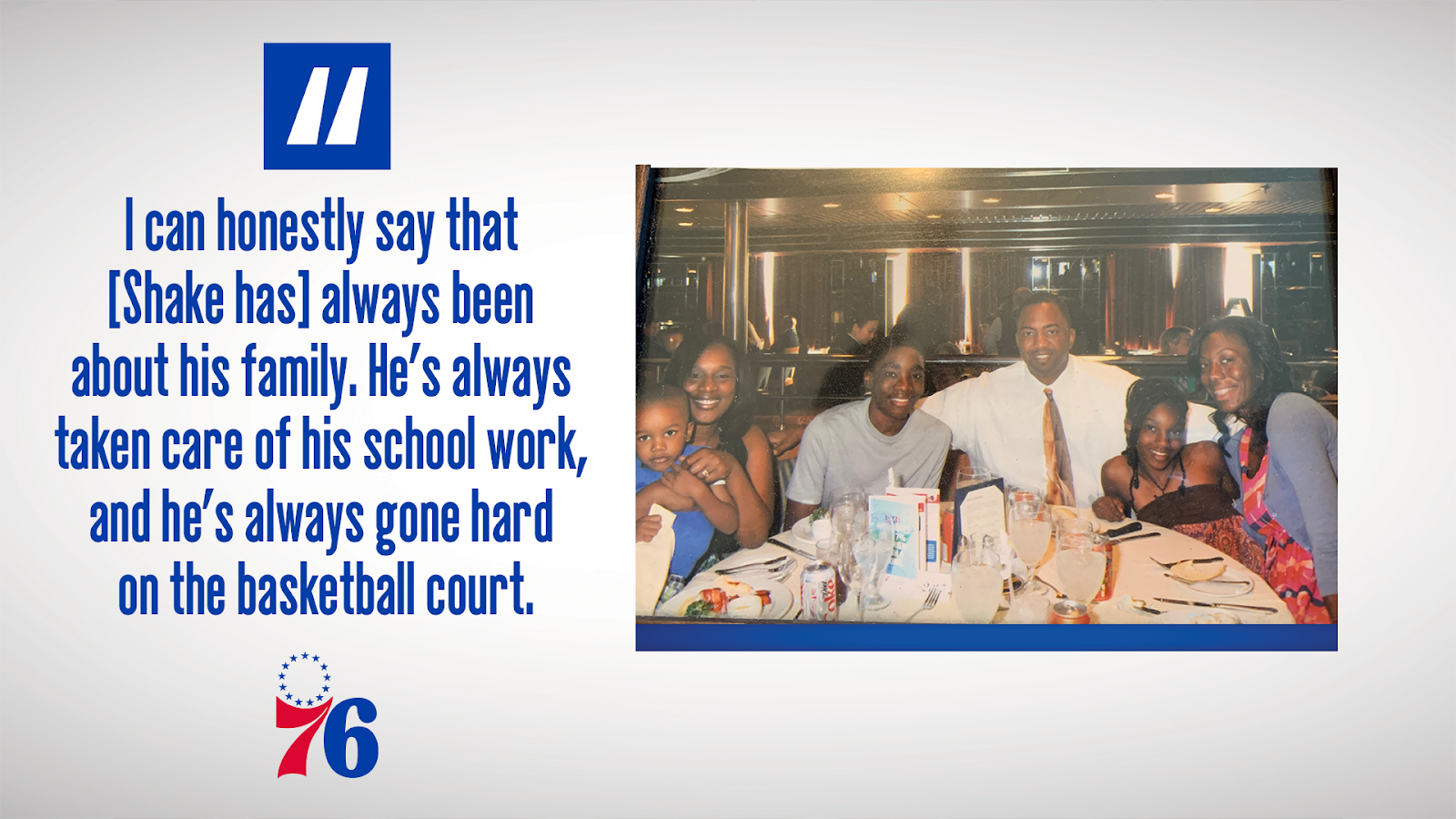 Nowadays, Shake brings his laid back energy to the locker room, but continues to do all the hard work he can do behind the scenes.

Look no further than Milton's quick rise onto the radar after the All-Star break, when he moved into the starting lineup for both Ben Simmons and Josh Richardson when each was sidelined with injury.

Prior to his promotion, Milton was told he would be largely out of the Sixers’ star-studded rotation for the season’s final stretch.

But Milton kept up the hard work. He stayed ready.

"No moment feels too big."

Lisa attends as many of Shake’s games as she can. But she’s also a mother and a career woman - meaning oftentimes, she watches her son on TV.

On March 1, it was national TV, as the Sixers visited the Clippers in Los Angeles.

We all remember what happened next:

Milton exploded for a career-high 39 points, filling in for Simmons.

“I was on my couch. That was crazy!” Lisa remembers. “His brother was upstairs, and I was just like ‘MJ! Come here, come watch this!”

Next, she fired up her phone, looping in Shake’s sister, Terryn, who plays basketball at the University of Texas at Arlington.

“The whole time I’m calling his sister, and I’m like, ‘Are you watching this?! This is crazy!’”

Through the power of technology, the family celebrated together. 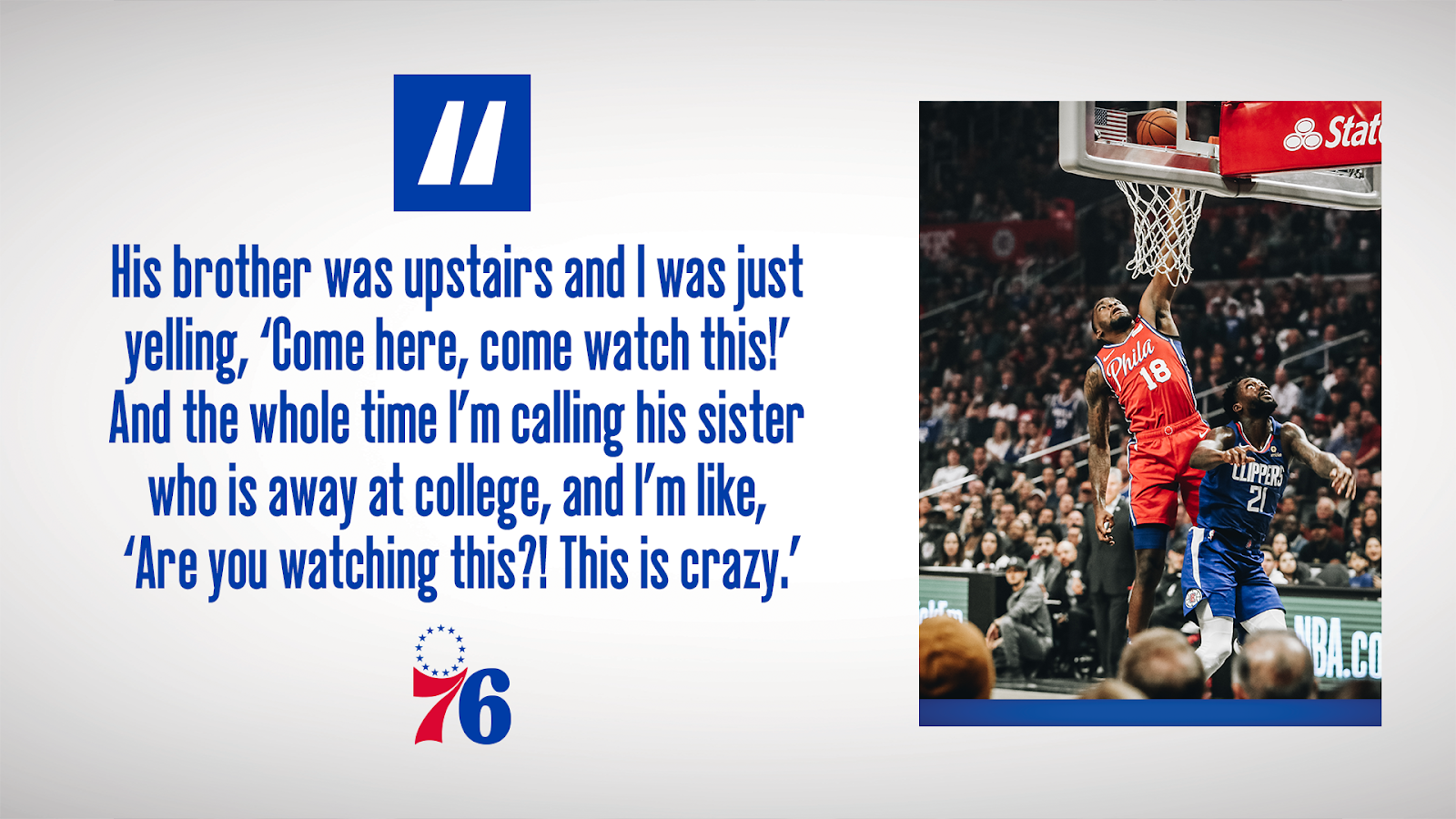 “I can’t even put it into words. It was awesome to watch that, and I was just so happy.”

After the game, Lisa called Shake - another part of the family routine.

“I typically talk to him all the time after any game. Generally, I like to know, what are you feeling? What is that like?’

After the game in LA, that call took a bit of a different tone.

“I actually probably asked him, ‘Man what was in you?!’ And he was like, ‘I don’t know, I guess I was just feeling it!’”

In the days that followed, Shake gained more national exposure than ever before, as his name surfaced all over the media, including an appearance on ESPN’s The Jump.

True to form, he remained as cool and collected as ever.

Here's yesterdays segment with @SniperShake & The Jump talking about his career night and more. 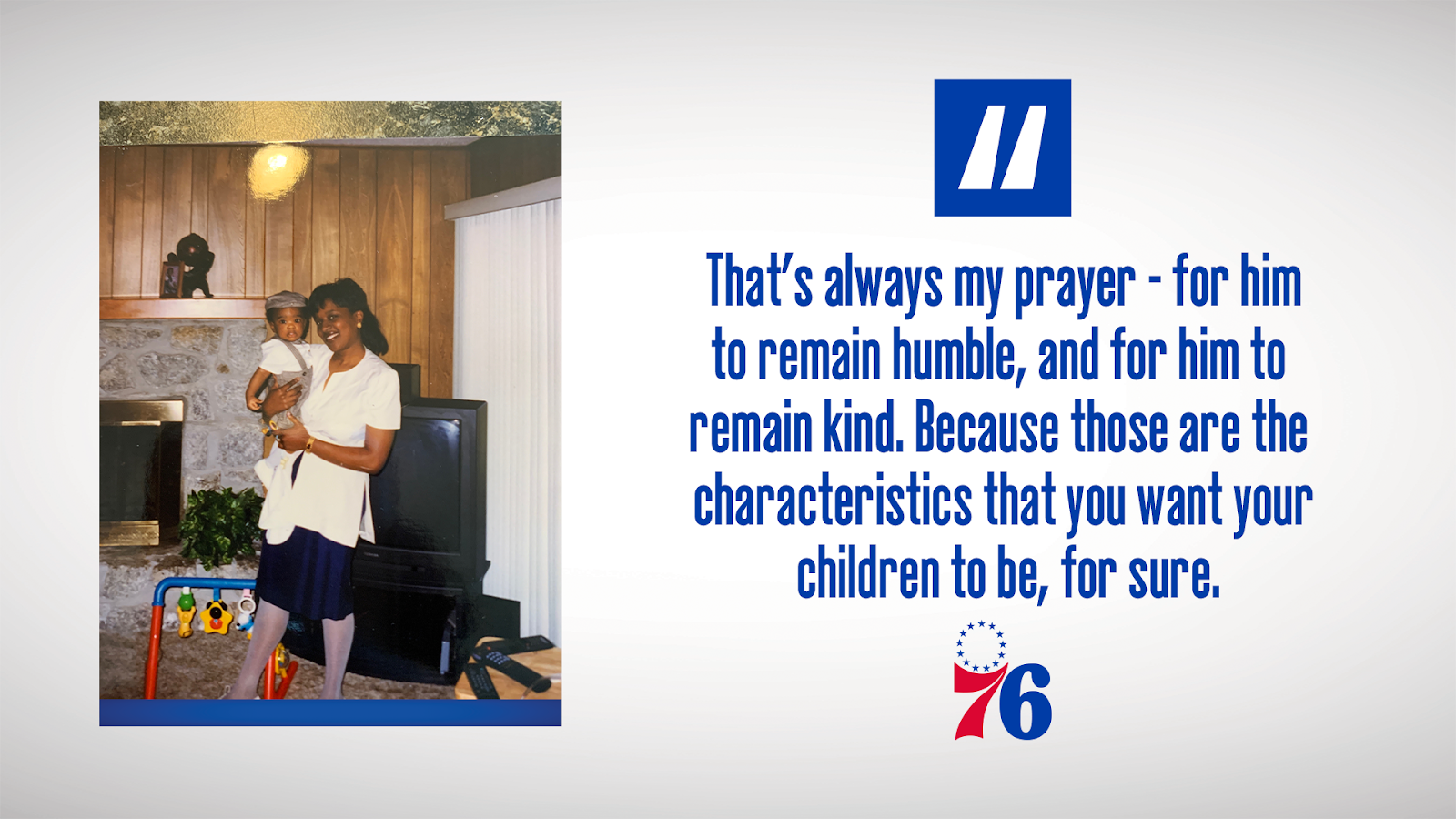 “He’s being his best self. And he is a kind, loving person, who loves his family.”

It’s true. Take it from Shake.

“[My mom] holds everything down, she’s been there from the beginning. My mom is one of those people who would support me no matter what it is that I’m doing,” Milton said.

Today, the NBA hiatus has brought unexpected bonding time for Shake, Lisa, and the family, together in Oklahoma.

“It has been great!” Lisa said. “All of us are at home, and it hasn’t been like this since he left for college it seems like.”

What’s been on the schedule?

“It has been loud, a lot of music playing, a lot of dancing, a lot of food, eating and cooking,” Lisa said. “I have loved every minute of it. It’s going to be hard when they have to leave.”

That love is mutual.

“There’s no love like a mother’s love,” Shake said. “I’m thankful for it, always.”