Growing a Bomber: How Furkan Korkmaz Turned a Challenge Into a Breakout Season

“I need to grow a bomber. Somebody’s got to emerge where they’re lightning in a bottle. They can come in and go - bam, bam, bam - and make a three. Why not Furk?”

In his third season in the NBA, Furkan Korkmaz has emerged as a key part of the 76ers’ rotation. He’s been impressive, dependable, and, at times, sensational.

Just over a week after his coach teased growing  a "bomber,” Korkmaz hit a memorable game-winner in Portland.

Over the next five months, Korkmaz put together his breakout season, highlighted by back-to-back 30-plus point performances in February.

With all the furkan jerky tonight. pic.twitter.com/qGqadM8l1t

Korkmaz has become exactly what Brown was searching for in October.

In an interview conducted last month for the latest installment of Studio 76's Here They Come behind-the-scenes video series, the Istanbul, Turkey native reflected on his decision to answer that call:

“I met with Coach Brett Brown, and we had a long meeting. He was straight up to me. He said, 'If you just make threes, and play defense, you will be on the court... It’s up to you to get the minutes.'”

Shortly after that conversation, Korkmaz heard what Brown had said in his postgame press conference that followed the Sixers' opening night win over Boston.

“Why am I not that guy?” Korkmaz said. “I accepted the challenge.”

Accepting that challenge proved to be exactly what the 22-year-old needed - validating his steps along the unlikely path he’d taken in the months prior.

Entering last summer as a free agent, Korkmaz was facing an uncertain future. He was pleasantly surprised by the Sixers' offer to bring him back, and excited to return to familiar territory. While he was originally drafted 26th overall by the 76ers in 2016, Korkmaz already had years of pro ball under his belt before landing in the NBA. He played in his native Turkey, and for the Turkish national team.

That time playing on the international stage would prove formative.

“I played a lot of games with the national team. There were a lot of crucial moments, crucial shots which I made, and which I missed,” Korkmaz said.

That spirit has shown itself throughout the Sixers’ 2019-20 campaign, from Korkmaz' games as a steady contributor, to others with game-winning moments. 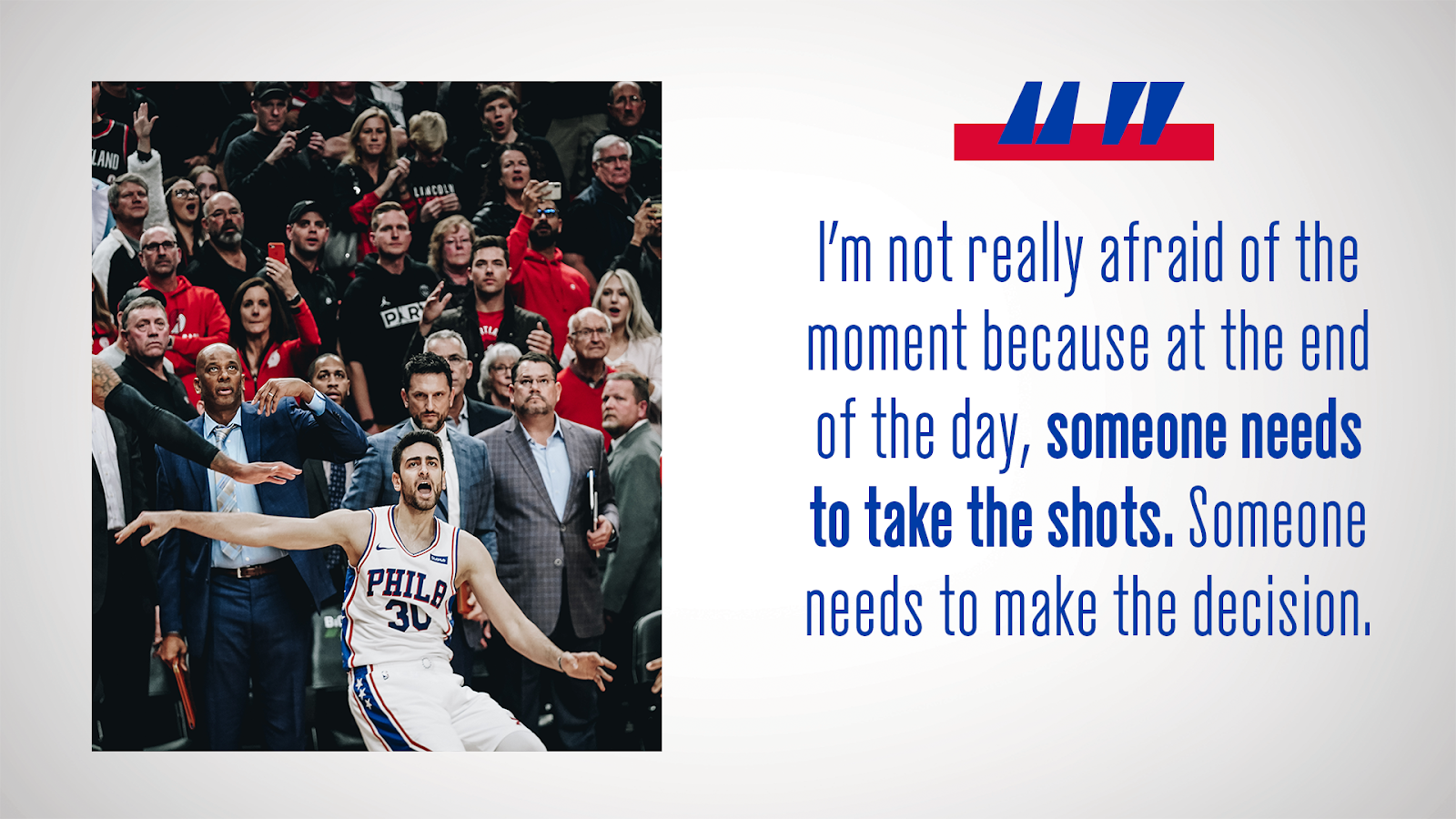 Not bad for a guy who, less than 10 months ago, wasn’t even sure he’d be back in Philadelphia. 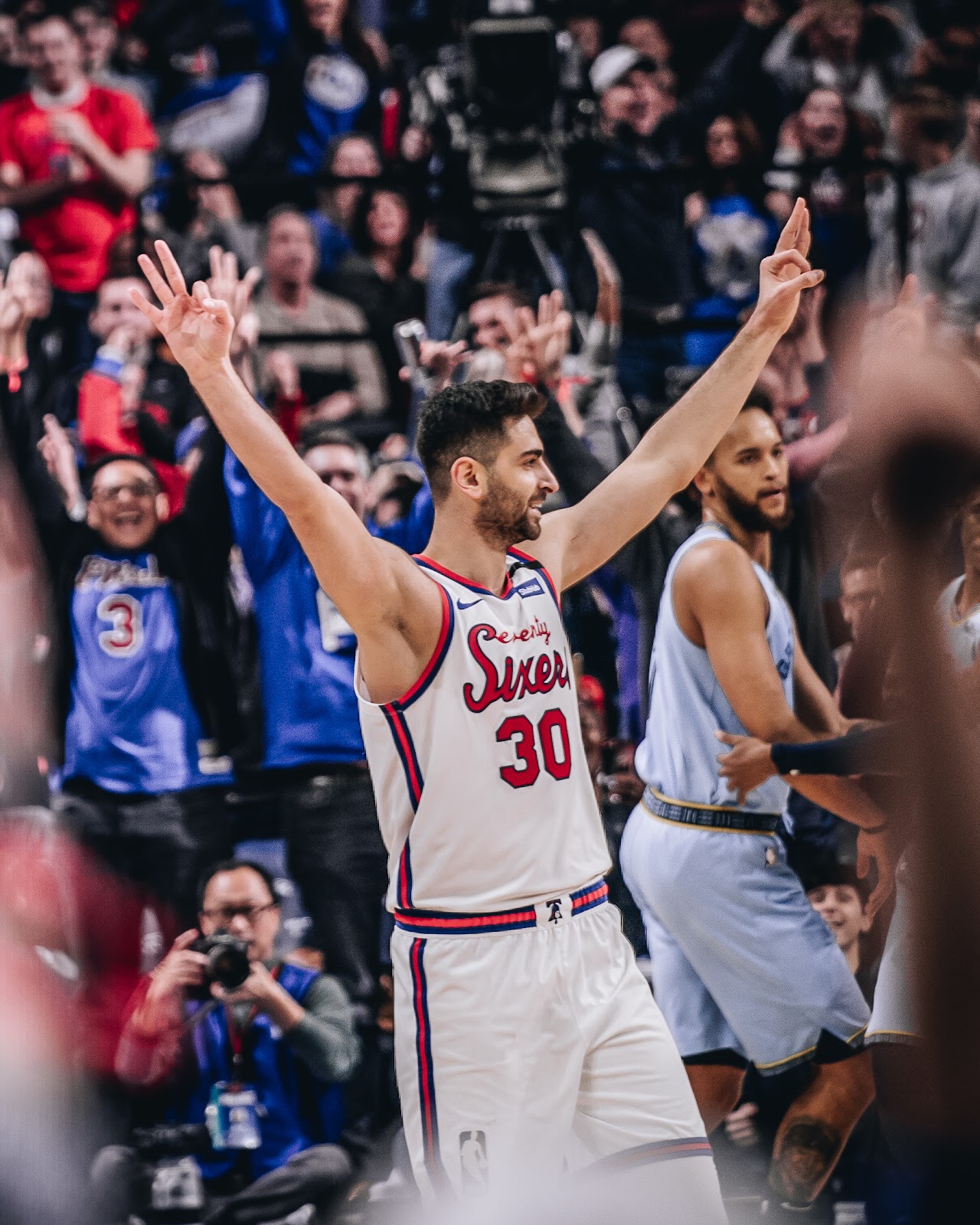 “I’m really happy this year. I’m really proud to be here after a couple hard years for me,” Korkmaz said. “When you start to play better basketball, that gives you more confidence, and makes you happy.”

And he's excited for the opportunities to come.

“It doesn’t matter how good a player you were at 16, 18 years old - it really matters how good you are right now,” Korkmaz said.

And while the fate of the season remains uncertain, Korkmaz remains thankful to be part of something special.

“I don’t want to think about what happened in the past,” Korkmaz said. “I learned from [the past], and I want to keep moving forward. I’m really proud to be part of this organization, this team.”

It’s safe to say the team is proud to have him too.